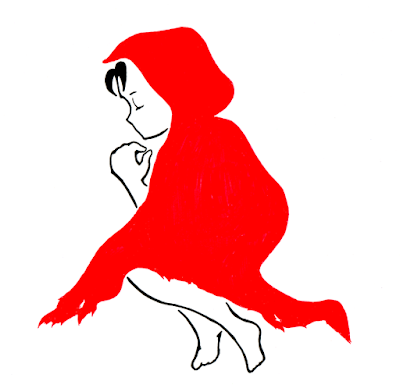 Someday I want to have on this blog a section where I talk about works of fiction that have a Pro-Life message. Abortion is the primary and greatest sin of our age, or any age, because when you look at the numbers of victims it is obviously the largest genocide in the whole of recorded history. Since 1973, there have been approximately 58,000,000 abortions in America alone. I want you to think about that number for a moment. Don't just read it as a big number; try to actually imagine that amount of people. This is more people than you have ever met. This is more people than you have ever heard of. More people than live in your state. More than every single person who died in the civil war. More than every single person who died in World War Two, including both soldiers and Holocaust victims. Now remember that that is only the number of victims in America.
Not only is the death toll staggering, but these people are the most innocent and vulnerable people that exist. They are not soldiers or criminals, they are children, and they are being killed in some of the most excruciating ways imaginable. This is happening right now. It is happening constantly. Any time throughout the day when you're not thinking about it, it's happening.
Yes, I am trying to make you feel guilty.
Yes, we should all feel guilty. All the time. Not a single one of us has the right NOT to feel guilty with something of such monumental evil happening all around us. The world is worse now than it has ever been before. And what are we doing to fix it?
Very little.
We can pray, we can protest, we can run for government positions, we can try to change the law, but in the meantime millions of innocent children are still being murdered. If you saw a man about to kill a child, what would you do? The ONLY MORAL choice is to physically intervene, stopping the man in the process of his actions. Anything else is compliance in the murder itself. Do we do this? Do any of us go into abortion mills and physically stop the doctors from ripping these children apart, as is the moral imperative in this situation?
No. We don't.
It is only in trusting in the infinite mercy of God that I can faintly hope ever to be forgiven for so grave a sin.

With this Pro-Life fiction section of my blog, I hope to do what little I can to make up for any time when I have not been doing my utmost to save these lives. Fiction is a great weapon, showing forth Truth, Goodness, and Beauty far more powerfully than any statistic or news story, and often far more than the author even intends. Fiction shows you what it all MEANS. Storytelling rules, dramatic devices, happy endings... all exist in reflection of reality. God's Reality. Fiction is not "just a story" or a "time-waster," fiction is the means by which humanity can show forth what is the True nature of Goodness, in a way that's Beauty makes it visible as what It Is. Fiction is one of the only means available to us to try to make up for humanity's most grievous failing.

The logo I have above designed for this endeavor portrays Jason Todd, whose story is the most overt and heartbreaking fiction concerning abortion that I have ever seen. He is very dear to me, and his death is a pain I cannot bear. I do not want to share my analysis of his story, and many similar stories, with the world, as they are deeply personal and emotional to me, but this is the small effort I can make to try to right the wrongs of today's world, and therefore, something I have to do, and will do in the time before us.

Anna Castro
I draw pictures and illustrations. Contact me at zombieinpjs[at]gmail[dot]com if you're interested in commissioning me for illustration work. I also showcase my many, many teddy bears.

Unless otherwise stated, all images copyright to Anna MacArthur. Do not use or reproduce without permission.

Blogs I look at